This post features two versions of the same photo.

The first photo is cropped to focus on the eye. 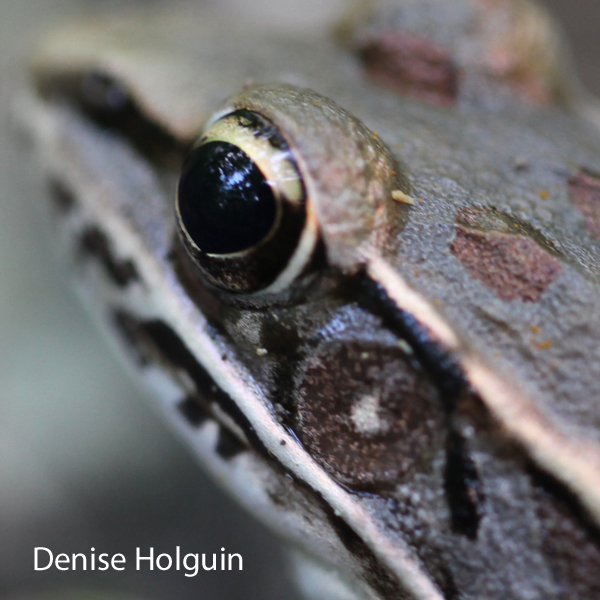 I have additional photos that I opted not to share as they aren’t for general audiences.  When I first spotted the frog, I noticed a curious ‘blob’ behind it.  Later research confirmed it was excrement.  I also learned young frogs excrete more often than older frogs.  So while the photo is a bit gross I also consider it novel.  I had to be at the right place at the right time with my camera to capture the moment.  But alas, I’ll leave it to your imagination to picture the photo.