There wasn’t a plan.  We just drove until we came upon Lake Ray Roberts.

We finished admiring the lake and I managed to take a photo of a woman carrying a basket of fish.  My friend Tore was explaining that yes, indeed, people catch fish at this lake and eat the fish. 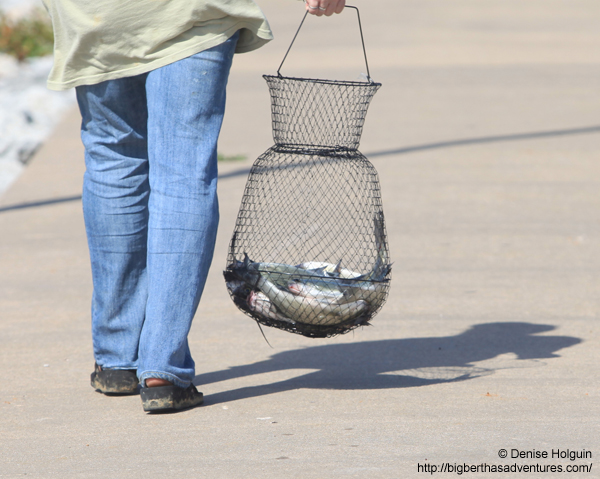 As we were walking, we noticed a group of people approaching – they were carrying coolers.  We stopped and watched them remove their catch of the day.

They placed the fish at the filleting station—catfish and crappie.  And by catfish, I mean GIANT catfish.  Without any hesitation, I approached and asked if they’d let me take photos.  Without hesitation, they agreed.

They even rearranged the fish for me.

It’s not every day I get to photograph fish in this manner.  I tried to take advantage of the opportunity by taking as many shots without slowing anyone down. 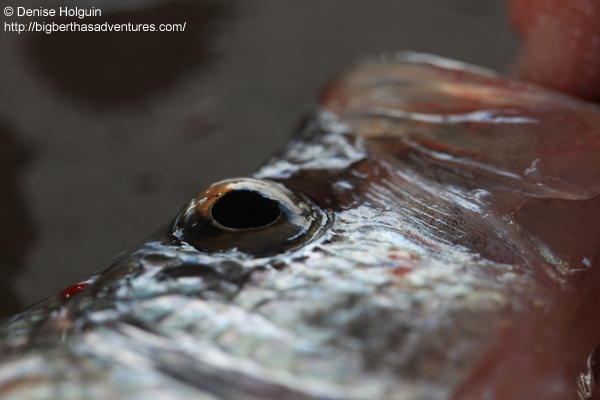 They invited me to stand on their cooler to get a good view.

Notice the area under the fin.  The fish had been attacked.  It survived… until today.

Where there are fish being filleted… there are critters – particularly winged ones.

We found this little fellow – it’s a mayfly.

This was certainly a sight to see.  Giant catfish, crappie… and a man with an electric knife filleting the fish with such expertise.  Not an ordinary day!  (I had planned on doing yard work).  This was much more enjoyable.

Camera:  Canon EOS 5D Mark II
Date:  June 2014
Tips:  Use your camera to take you on a journey of new experiences.
Special thank you to:  Evan, Spencer, Jim & Tracy for the opportunity to take photos.