Today’s Random Object Wednesday is made possible by Alana Jenkins!

Alana specifically brought this object all the way from Oklahoma for me to photograph.

Alana gave me the history of the stool, and I think the story is best expressed in her own words:

“So I have to give you history. It is a 3 legged milking stool. Pretty much a 3 forked piece of wood, but it has a LOT of sentimental value. It is small and designed for a child, and my dad and his siblings used it to milk the cows as they grew up. My grandfather passed away a long time ago, so it is a family heirloom of sorts. The siblings all fought over who would get it when my grandmother was cleaning out her attic, and for whatever reason my dad wound up with it. Can’t wait to see the pictures!”

What an honor and great responsibility!

Let’s begin with the obvious question.  How do you photograph a 3-legged milking stool?

I decided to start with ‘artistic’ shots.  Let’s take a look.

Here’s a close-up shot with a golden background. You can appreciate the texture.  Notice the termite damage. 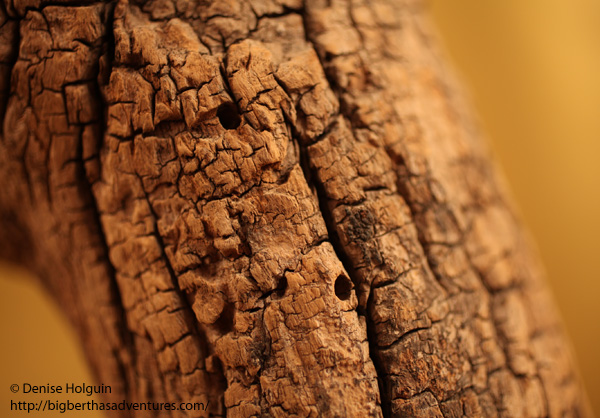 Next I opted for a more contrasting color… blue!  The close-up shots are among my favorite. 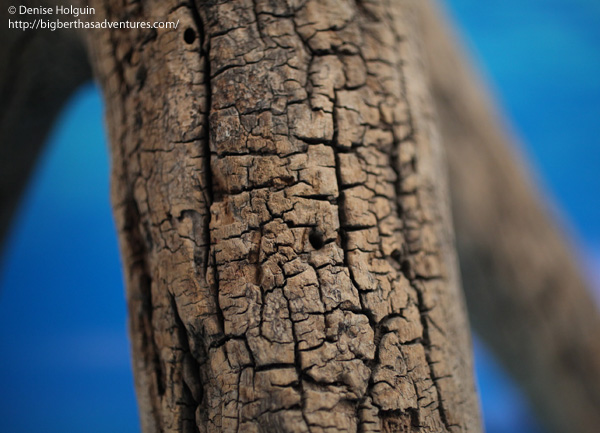 This photo is fun for two reasons.  First you can see the blue background I was using is decorative ‘water’.  You wouldn’t have guessed that in the first two blue photos.  Second, the milking stool looks enormous!  Without another object in the shot, it’s hard to gauge the size of the stool.  It currently looks like a milking stool for giants.

I felt ok about these shots—but I knew they weren’t THE shots.  For this I had to brainstorm some more… and that’s how the stool ended up at some unusual locations.

Here’s the stool at Haverty’s furniture store along the LBJ Freeway.  Definitely not what you’d expect!  Also, now you have a better perspective on the size of the stool. 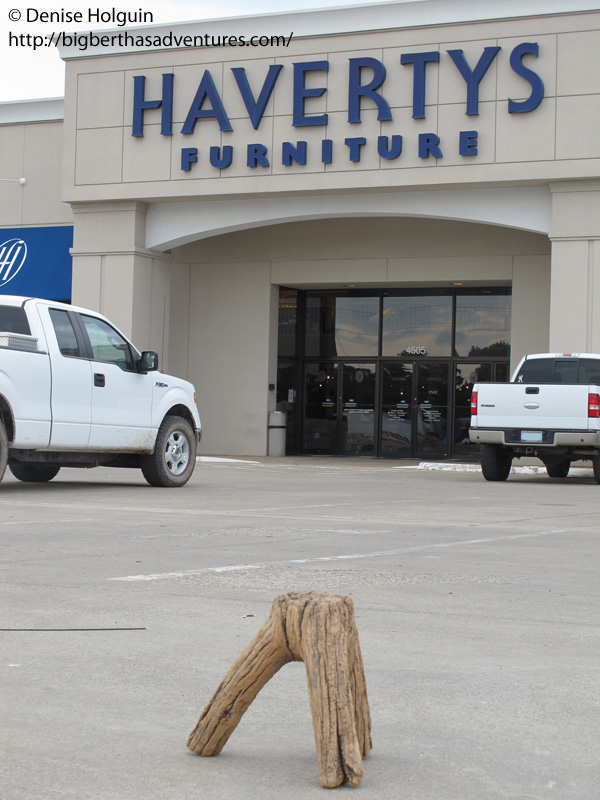 Next, my friend and I found a secure spot on LBJ Freeway.  Definitely not where you’d expect to see a 3-legged milking stool from Oklahoma!

I was pleased with the novel shots but still wanted more.

A month later I packed the stool in the car for another adventure.  This time my friend and I went to the Heritage Farmstead Museum in Plano.  I didn’t know what to expect but I heard there were farm animals.  That sounded promising.

There was a chicken coop and old rustic buildings… I didn’t see anything that struck my fancy.  Then I came upon the perfect scene with all the right props.  All I had to do was add the stool. 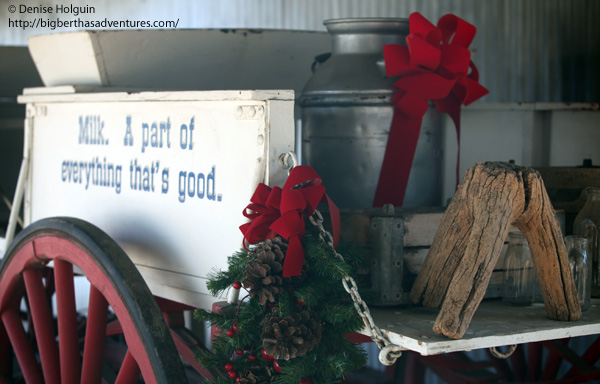 Once I took the photos at the wagon I knew I had the shots.  The pressure of taking the perfect shot was over.  But we continued touring the grounds.

The tour got better and better with more photo opportunities.

The stool looks quite at home in this scene.

For these shots I laid flat on my stomach to photograph the stool.  Shooting from that angle made a difference. 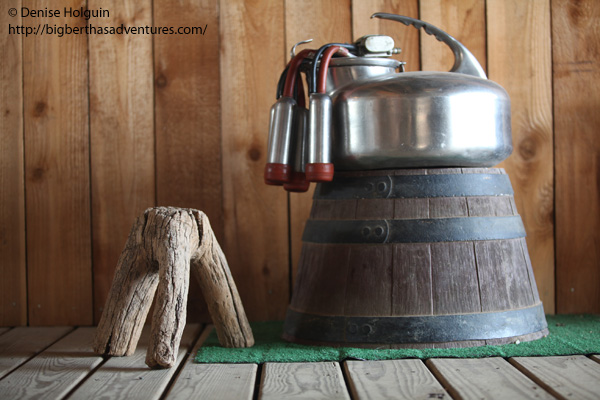 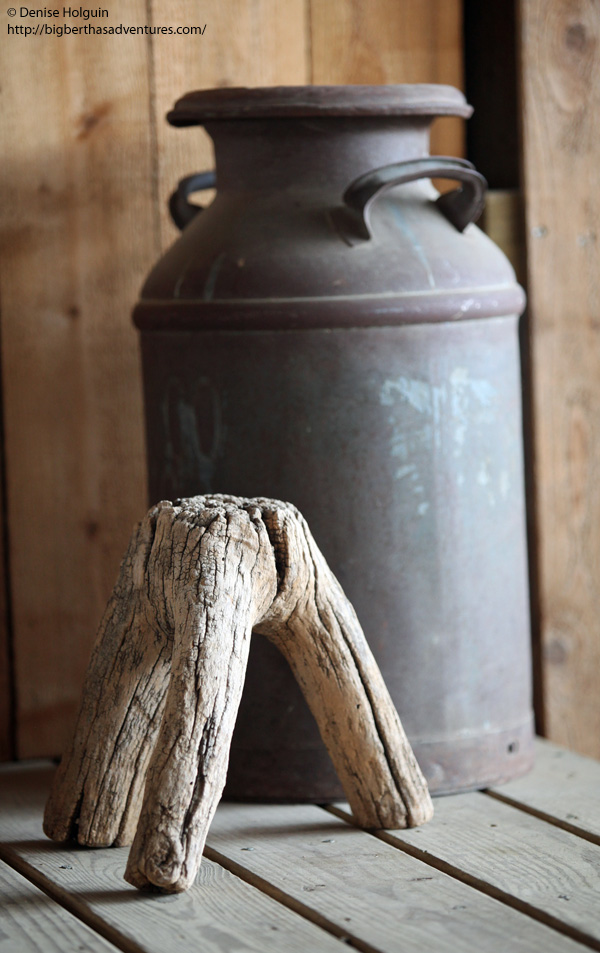 Next, my friend wanted to experiment with the flash.  In order to appreciate the effects of moving the direction of the flash, I placed the stool by a building with aluminum siding.

You can see the stool’s shadow on the aluminum.

Here’s another shot—this time the shadow is on the left.

Next, we strategically placed some props I brought along.  This shot has more personality than the last two shots. 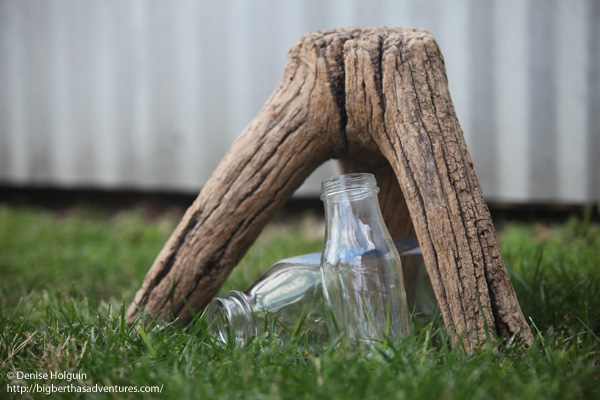 We wrapped up the photo shoot—I was thrilled I had one of a kind photos for a one of a kind random object.  What more could I need?

On our way out I spotted this cow.

Now the photo shoot is complete! 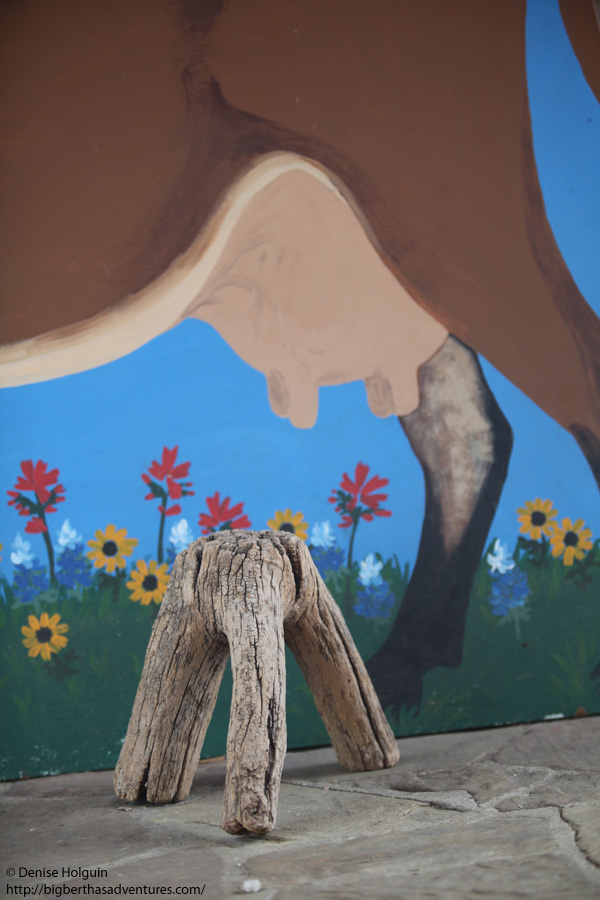 Tips:
–  Practice!  Everything takes practice and photography is no exception.
–  Don’t quit too soon!  I could have been satisfied with the first couple of ‘artistic’ photos but I knew I wanted more. It was just a matter of time before everything came together.  And even once I got “the” shots at the Heritage Farmstead, I continued to find more opportunities that I could not pass up as the tour progressed.

Conclusion:
This also wraps up the first installment of Random Object Wednesdays!  As mentioned in previous posts, many participants have provided multiple items.  To be fair to everyone, my goal was to make sure everyone had one Random Object featured.  (Though some exceptions were made!)

The next series will feature repeat participants and hopefully some new ones along the way.  Thank you everyone for your participation!