I’ve been sitting on these photos all week – anxious to share them but not really sure if they will be enjoyed.  But I will do my best effort to sell the idea and you can decide to scroll down and view the photos.  I’ll even give you a photo of a pretty flower before we begin the story.  After the story I’ll give you another flower photo, then if you’re still curious, you can view my fascinating photos! 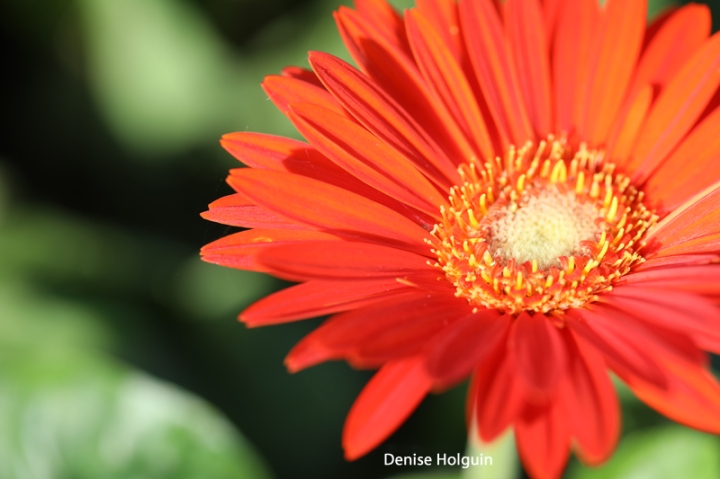 Back to the exciting subject at hand:  A Beetle Eating Grasshopper Eggs.

I was walking through my favorite local park one night, looking for something to photograph.  Maybe a toad or even a snake.  Not this time.

Ahead of me on the sidewalk was a large black beetle and a grasshopper.  The beetle appeared to be eating the grasshopper.  With my camera ready, I got down on my knees and placed a small flashlight near my subjects.

I examined the scene and noticed the grasshopper body looked strange.  There was an unusual blob attached to it – maybe the body was squashed?  I looked closer and noticed what appeared to be a small grain of rice.  Clearly, it wasn’t a grain of rice – it was an egg.  The blob also contained eggs.

Before you get squeamish – share my excitement.  This was my very own National Geographic moment to document the circle of life.  I happened to be at the right place at the right time and I found the subjects.

I could have stayed outside all night, documenting the scene.  When I took my fill of photos, (is that really possible?) I went home and excitedly reviewed what might be my best collection of Circle of Life photos.

Still curious, I returned to the scene the following night.  Will the grasshopper still be there?  Doubtful.  It is a park that people and dogs frequent.

You can imagine my surprise (and excitement) to see the grasshopper was still in the general area.  It looked remarkably different than the night before.  The beetle was long gone.  You could still see the spot where the grasshopper had stained the sidewalk.

Ok, if you’ve made it this far, you have braced yourself for my raw, yet fascinating photos.

But first, I’ll give you a another flower photo taken at the Dallas Arboretum.

If you’ve made it this far and plan to continue, thank you!  I carefully selected the photos to share.